“Everybody feels the way you do; what you do with it is up to you. You can either handle it, or you can be a victim.”

“It’s impossible to go through life without problems.” A quote that revealed the character of a remarkable young man, Aaron, who at only twenty had experienced enough life to make such a claim. Credentials he had earned all so early in his years–some self-inflicted, others by situation.

First, if you are a regular reader, the following is a common question likely familiar to you by now; and if you are new to Sidewalk Ghosts, you’ll come to enjoy the varied and revealing responses it evokes from everyone interviewed in the project, that being, If you had the stage and the whole world was listening, what words of wisdom, council or advice would you share.

As we took photos Aaron responded, “Everybody feels the way you do; what you do with it is up to you. You can either handle it, or you can be a victim.” 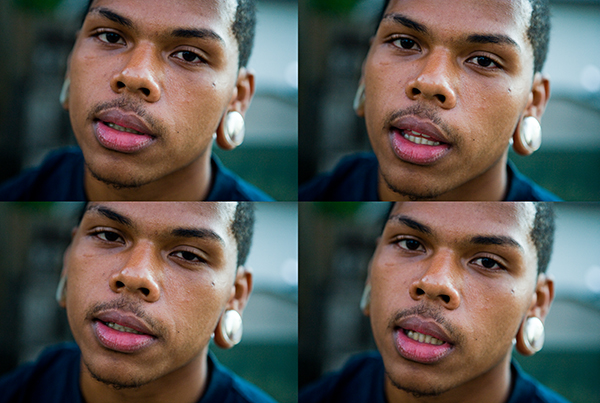 A very deep consideration, one that perhaps is easier to say than to live by. I questioned him back; do you mean everybody CAN feel the way you do? He clarified, “No, there is no can in it.”

We chatted about this subtle interpretation for a while; and as we did, I realized what Aaron was talking about. He was referencing the core emotions we all feel. The stuff we call love, fear, envy, joy, shame, empowerment and on and on. As he spoke Aaron related them to life in general, linked all to the second part of his statement, “What you do with it is up to you. You can either handle it, or you can be a victim.”

He clarified again, “it’s about self-respect;” a well-earned statement in which I was beginning to accept his authority to own. For hanging in his heart was a diploma received from the University of Hard Knocks. In such there was a palpable feeling of integrity that radiated from Aaron.

His story started as one we have heard many times; troubled high school years, falling away from home, and a generalized list of rebellions. But what was unique about Aaron was his willingness to change at such a young and impressionable age. An adjustment of perspective that he was not only undertaking in his own life, but one where he was truly striving to onboard his friends to follow in his footsteps.

It was in an area that I had sarcastically labeled The Hang-Out Zone, a curbside gathering spot that had become a regular occurrence, where my mind was opened. A patch of sidewalk and parked cars that, just two houses down from mine, was home to fifteen or so teens and twenty-somethingers who loitered. Boys and girls, who often tossed cigarette butts into my yard, and at times spoke out in loud obscenities, had put a real damper on our neighborhood. Even to the point to my not wanting my daughter to come anywhere close to spending time in the front yard. Especially during the daytime hours when it was beyond me as to why the youngest of the clan was not in school. I even knew a few of them from the days they were children. Thought they were mostly good kids. But still, there they were, day after day, for hours on end. Doing what looked like nothing.

I saw Aaron, sitting by himself one night. The Hang-Out Zone empty of its usual disruptive buzz as I stood in my front yard. To be perfectly honest, before I started on Sidewalk Ghosts, I probably would have not thought to approach him. Choosing to force myself, because of my relationship with my neighbors, to stand frustrated behind a veal judgmental tolerance. However, the project was shifting my outlook on life and others. My heart was expanding as I began to put myself in the other shoe. So I pushed down my uninformed assessment as I shifted my train of thought to a more resolvable point-of-view. I realized that if I had a question or assumption, or did not know the individual who prompted that said question or assumption, it was my responsibility to not ignore facing them straight on.

So I approached Aaron, and I was fully glad I did. 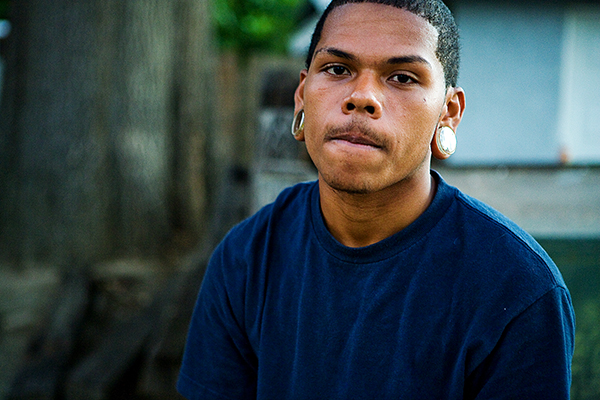 What was he doing about life? A very reasonable inquiry for certain: A topic that as Aaron and I spoke, it became apparent that his philosophies were deep and reflective; but was he really acting on them?

Per service to his friends? I facilitated discussion with a question, why was he sitting alone at the Hang-Out Zone? A couple answers:

ONE
“I wanted to check in on Jacob” (the kid living at the Hang-Out Zone house). With obvious concern he exposed his motivation for being there, “I just got my G.E.D and came to tell Jacob, if I can do it, so can you.”

TWO (this one is a little heavy)
He had just come from counseling another one of the group members, a kid who lived close by. Not mentioning names, and again with a signature compassion that I was starting to feel flow from Aaron, he summarized, “I talked him out of a suicide attempt.” That in itself would have shut down the average twenty-year-old.

Two reasons that, embarrassed to admit, where the farthest from my reactionary appraisals of who Aaron was, even what he was doing. My initial thought being that he was wasting time just loitering on the street. I was not even close to the truth. 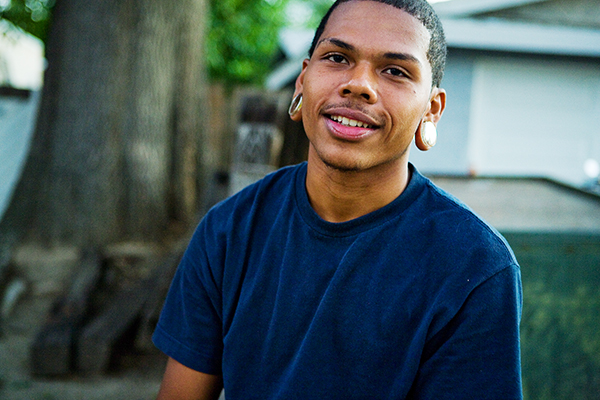 The reality: Aaron had made up for high school follies in flying colors and was attending Pierce College; taking all his G.E’s along with a few music electives. He cared about every course he was enrolled in and was pulling great grades. With a smile on his face he said,  “even Sociology.” On top of that, he had independently applied for grants and financial aid and was very serious about finishing his education with a degree in music.

Coming from a line of musicians, this was not a pipe dream.

“I eat, live, breath music,” Aaron expressed; and supported by and following in his father’s footsteps, it was a well thought-out career decision. Simply, he wanted to do it right.

I had to ask, why do you have the plugs?

Somewhat frustrated by them, “It was a thing I did a long time ago, but now they are holding me back. Too many people judge me because of them, and even my tattoos.” Elaborating, “they were the width of soda cans and very offensive to many employers. I’m working hard to find a good job and need to lose them.” At that point it had been six months since he started on receding them. A process that required going from smaller to smaller ring. Almost there at a touch larger than quarters, he was saving for the last step, a surgical procedure that costs $500. 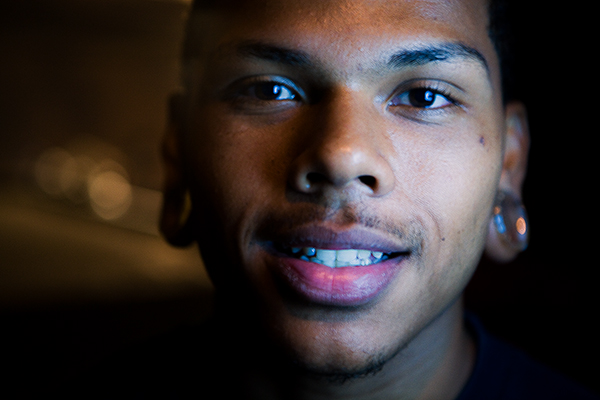 We talked into the evening, and as the sun fell, I knew Aaron was a good kid. But there was still one very important piece of business we had not discussed–a challenge that I placed directly into his hands to manage.

Yes, Aaron promised to stop all from throwing the cigarette butts and swear a little less.

To all: please comment,like, and forward. Every engagement goes a long way toward connecting us; as together, we grow a movement that betters the way we view and treat one another.