The wives looked at me, “Yes, they will be happy to be photographed.” 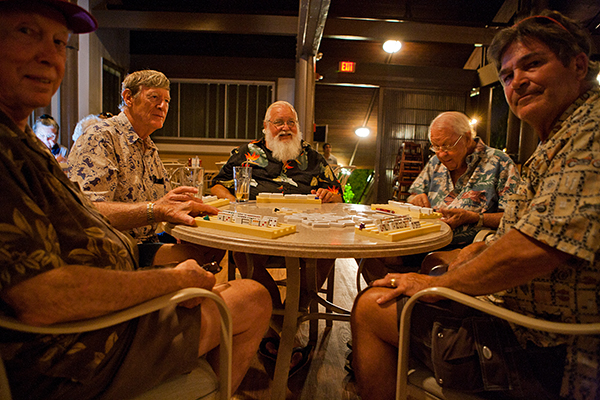 Just outside Pearl Harbor there was a funky little dinner joint, Schooners. It was not fancy, the food was OK, and sadly it ended up being bought out and reopened as “604.” I checked them out online and yes, the new management has totally given a face lift to the place and the menu, but under its updated and much brighter ambiance lies the memory of a special evening that will always be with me.

It was October 5, 2011, my third day into the training I was providing to the officers and enlisted of JPAC. With me was the man who was responsible for booking me, my good friend and civilian member of the JPAC team, Thiep. His story was a story in itself. An extremely humble human of great depth, only 29 at the time, he had seen parts of the world and experienced things in just about every continent where American Military has served, died, been imprisoned, and in many cases even lost. Topics that filled our dinner conversation only to be interrupted by bursts of laughter exploding from the two tables to the side of us; at one a group of senior men happily playing dominos, at the other their wives doing the same. Their joy was infectious and, vicariously absorbing their table-to-table bantering, I was intoxicated by their fun-loving spirit. I had to meet them.

Standing up from my meal, I walked over, introduced myself and my project and asked if I could take their photo and ask a few questions. Their guns instantly turned to me at will, firing a barrage of humorous jabs too quick and heavy for me to log, let alone respond to. Doing my best to keep up, I decided to take my question to their senior officers—yes, their wives, who from their vantage point at table two had been watching the whole exchange. It was obvious that there was a reason they choose to divide their games, and from where I was standing I had inadvertently placed myself as a bridge, bringing the whole group together for a moment of focus. The wives looked at me, “Yes, they will be happy to be photographed,” as both tables burst into extremely friendly laughter.

Without breaking stride in their game, “Pull up a chair!” One reached out to Thiep and I as we were suddenly invited to be part of the family. Sitting should-to-shoulder with men of honor who, in different military branches, and in different conflicts, had served over one-hundred years combined. Five men and their wives that had put it all on the line (and they has served under some serious circumsatnces), to fight for the freedoms in which we are so richly blessed.

Caught up in the storm of positive, and a bit sarcastic, energy, I decided to not get overly technical in my questioning, preferring to simply hang-out and grab a couple quick snap-shots of them in action. However, and without my prompt, they all looked at me to share a few direct, at-the-camera, expressions. What can I say? I guess I was just that charming. Yet in all the momentum of our play, I was acutely aware there was no way I was going to walk away from the table without at least asking for answers to a couple of questions.

Where do you see yourself in ten years? I asked.

With roaring laughter, they all point up to the sky.

I should have seen that one coming.

Then came the wisdom question.

Got to love these men!

Several Answers:
1) Enjoy life (starting to become a very common through-line to that week in Hawaii).
2) The secret to a long life: Keep Breathing.
3) Get out and serve!
4) Jump off your Ass and onto an Elephant. (They all winked at me).

Conversation pleasantly over, I saluted and dismissed myself for a drive back to the hotel.

Trivia:
One of the group was a member of SAG (Screen Actors Guild), has appeared in multiple commercials, etc., and was requested from around the globe to play one of our most cherished holiday figures. Can you guess who the character is? Here a hint: On Dasher! On Dancer! On Prancer and Vixen! On Comet, and Cupid, and Donner and BLITZKRIEG!

BACK
PrevPreviousSidewalk Ghosts / One of My Dumber Moments
NextSidewalk Ghosts / Pandora’s Box Had Opened. In It, A Big “Hello” To The World…Next
0 0 votes
Article Rating
Subscribe
0 Comments
Inline Feedbacks
View all comments